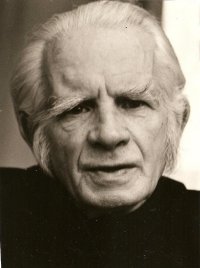 Alfred von Beckerath grew up in Frankfurt am Main. From 1920 to 1925 he studied musicology and composition in Frankfurt am Main, Freiburg im Breisgau and in Munich at the local Academy of Music. His teachers included Joseph Haas, through whom he is "grand-student" of Max Reger. After completing his studies, he worked as a conductor in Wiesbaden and Frankfurt. After the end of the Second World War, he took over the musical direction at the "Theater der Jugend" in Munich, and in the mid-1950s that of the Ingolstadt city theater. In 1951 his merits were honored with the music promotion prize of the city of Munich. In 1962 he received the Schwabing Art Prize.

Alfred von Beckerath was a prolific composer. His compositional output includes chamber music, orchestral works, cantatas, choral works, songs, sacred music and operas (and youth operas). They are characterized by classic compositional patterns. In the last years of his life he found an uncompromisingly modern style. He also took into account less common instruments in classical music, such as the dulcimer, zither, mandolin, accordion and saxophone. Alfred von Beckerath was married four times.

From his marriage to the doctor Ilse, born Kämper, he has a daughter (Christine, * December 1943); his wife Ursula, born Scholz, was a painter and wrote poems, some of which he set to music. He was also a creative person beyond music. He created costume vignettes and stage designs for the theater in Halberstadt; he painted picture books for his daughter or children of friends.